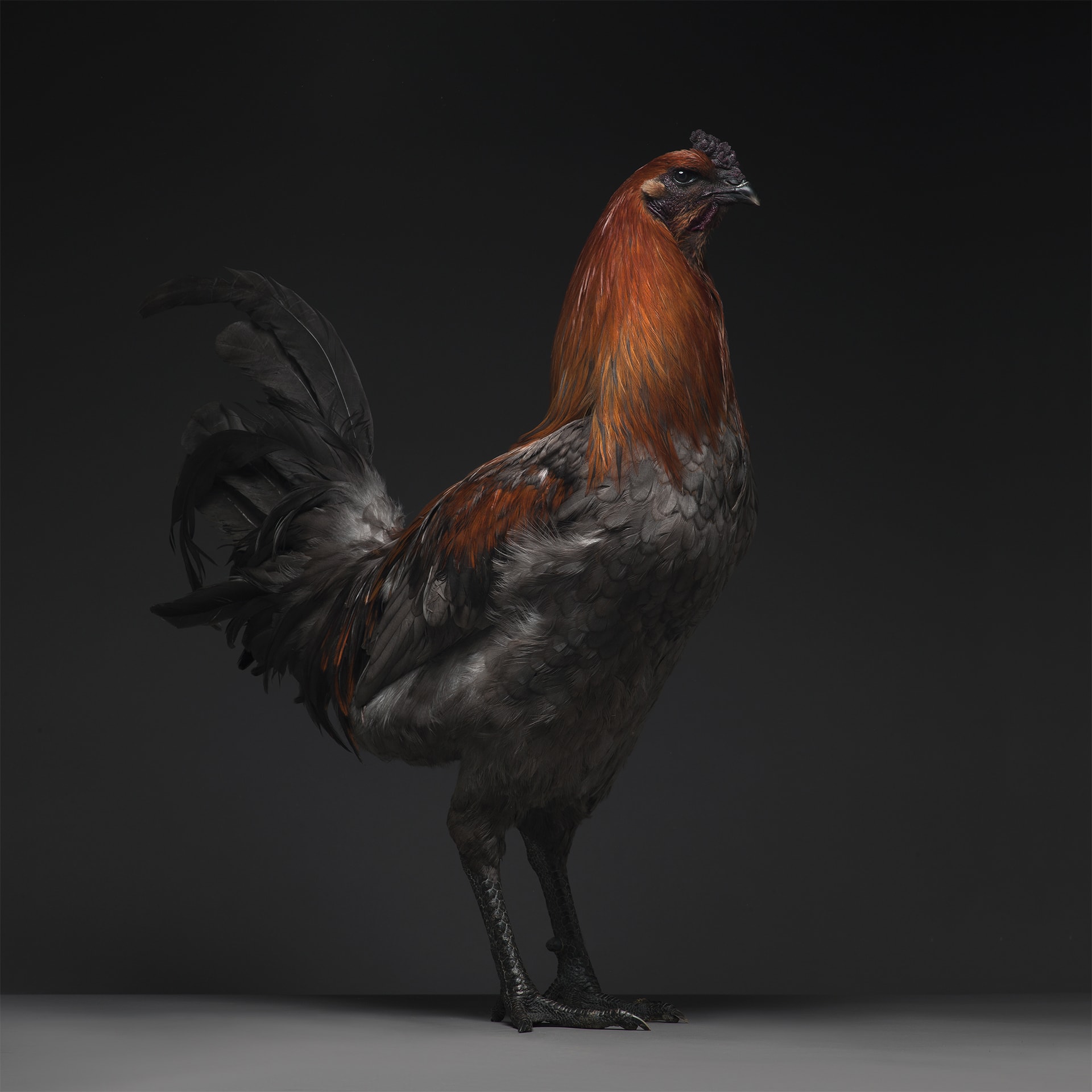 CHICken! The Most Stunning High Quality Chicken Photos Ever Taken

CHICKen is a photographic project that initially started as simple shoot. It became a collection of beautiful images we would like to celebrate with a beautiful coffee table book and artfully chosen accessories.

Matteo and Moreno have always been fascinated by the beauty of birds and, in 2013, they decided to go in search of a Concincina as a pet for their studio garden in Milan. They met a farmer who invited them to an aviary exhibition…

Thanks to her, Matteo and Moreno surprisingly found themselves on this journey. That’s when the CHICken project was born.

The CHICken series was photographed in Italy on location at the Milano aviary exhibition. Many of the breeders were worried that the birds were not posed according to the breed standard. What they didn’t understand was just how well the birds had done their homework, they were natural born posers.

The two talents have been passionate about photography since a young age and found that by working together over the years as a team, they were able to produce visual images with a creative synergy that otherwise, on their own, would not be possible. They have produced and collaborated together on countless advertising campaigns with international acclaim and have also collaborated with major international artists.

Each one of them individually has his own specific talent and personal approach to photography and each contribute diverse aspects of their own personal taste to every project.

It is exactly this symbiosis of the two visions that creates the final result.

It’s a team effort, the CHICken collection wouldn’t be possible without this shared complicity.

Matteo Tranchellini (Latina, 1968) lives in Milan, where his studio is based. He is engaged in illustration and photographic postproduction.

Moreno Monti (Milan, 1965) lives and works in Milan, his photography studio has been active for years in advertising.

All of the chickens and roosters in these photoshoots are exemplary show birds. We love animals and none of these beauties were harmed, forced or leashed during these photoshoots. The photographers wanted to capture them in their natural state of being with all its elegance.

NO ANIMALS WERE HARMED IN THE MAKING OF THESE PHOTOS.

0
Cookies
To make this site work properly, we sometimes place small data files called cookies on your device. Most big websites do this too.
Accept
Read more